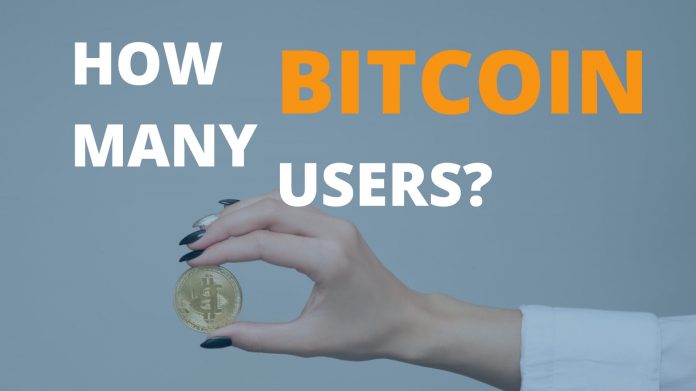 Following the Bitcoin halving this year and the upward action of its price this week, the interest in the cryptocurrency has grown so much. In fact, as of this writing, searches for Bitcoin have risen to its highest in 2020. But despite that interest, to what degree does it translate to actual Bitcoin holders? How many Bitcoin users are there?

Here are some fast facts that will help us look at the bigger picture for Bitcoin:

How many Bitcoin Users Are There?

As of this writing, Bitcoin has shown its capacity to process a little over 300,000 transactions daily. But of course, this does not show the complete picture of what the actual number is for Bitcoin users.

Moreover, there are many Bitcoin holders who are simply keeping their coins in their wallets as a store of value and investment. We cannot even divide the number of Bitcoin users by looking at the number of wallets that are active as some users have more than one wallet.

Determining how many Bitcoiners there are can be a little bit complicated. But we can dig a little deeper from our fast facts to have a glimpse at what the possible numbers are.

Bitcoin interest has grown a lot. And now, the demand for Bitcoin is no longer just confined to countries like Venezuela and Argentina. This is reflected by the number of Bitcoin wallets already opened worldwide.

There are many providers for web-based wallets today. Some of those include Blockchain.com and Coinbase, also the two largest wallet providers in terms of number of users and wallets. Blockchain.com has reported that they already have at least 59 million users. Coinbase has 35 million.

What do Bitcoiners Use Them for?

While there are already lots of wallets that providers have created, the question of how they use Bitcoin is still there. Recent data from Bitinfo and Glassnode shows that the volume of transactions per day has been on the rise since the beginning of the year. Now, it has averaged more than a million daily.

Given that there are still a lot of other wallets with balances, possibly about 3% of the wallets today, we can assume that these wallets are owned by HODLers.

Who Are the Bitcoiners globally?

We can look at the number of verified users globally to determine who they are. Are they retail or institutional clients?

From this data presented, service providers are reporting that they have a diverse client base. However, it turns out that there are more retail clients than business and institutional customers. But in Europe and North America, the volume of customers coming from hedge funds, asset managers, and other institutional investors, are higher than in other continents.

How Many Bitcoin Users Are Trading?

There are estimates showing that there are 51.2 and 52.4 million cryptocurrency traders globally. The report from CH&Co shows the rundown from different countries:

Bitcoin is now being adopted by more markets worldwide, and not just those that are experiencing a failing economy. Although most of the people that were aware could never forget the hyperinflation in Venezuela which destroyed the Venezuelan bolivar. That event had coincided with the massive growth of Bitcoin transactions in the country.

But today, according to a survey made by Statista, there are already over 32% of Bitcoin users coming from countries like Nigeria, Vietnam, South Africa, Spain, China, Turkey, and Peru. What this shows is that Bitcoin isn’t just spreading in failing markets but is also gaining popularity even in the world’s emerging and developed markets.

Growing Interest in the US

Some reports estimate that 11% of Americans already own Bitcoin, amounting to at least 30 million Bitcoin wallets just from the US. We also recently saw that the increase in interest for Bitcoin was the response of some Americans to COVID-19’s impact on traditional finance. In fact, there are Americans who used their $1,200 stimulus check to buy Bitcoin.

In addition to that, there are famous financial personalities like Robert Kiyosaki who advocate for Bitcoin as an alternative to fiat currency. A Bitcoin-friendly Senator-elect is also expected to take her official position soon. The environment for Bitcoin in America is improving and as a consequence, the future of the US crypto landscape appears promising.

The Road Ahead for Bitcoin

Bitcoin has been turning heads in the last few months more than it ever did before as evidenced by the volume of transactions as well as the reports by mainstream media. In fact, Bitcoin has very recently hit the front page of the Wall Street Journal this week. And with its price action, we can expect more people looking into knowing more about what the coin actually is and how it works.

Data from recent reports show that awareness regarding Bitcoin is highest in the UK, US, and Japan. There are 93% among Brits, 90% among Americans, and 88% among the Japanese who are already aware of Bitcoin.

Ultimately, estimates show that there could be at least two billion people globally who are already aware of Bitcoin. With this element in place, mass adoption for Bitcoin is not a far stretch anymore.

Determining the actual number of people who are using Bitcoin for their transactions, and those who are just holding them as savings could help us estimate the interest in the coin and what most people use it for.

For now, with the number of wallets that providers have reported they created, it is estimated that there could be more than 100 million Bitcoin wallets today. While the data provided by many other reports tend to conflict with each other in terms of numbers, what’s safe to expect is that the total of Bitcoin users will continue to grow in the months ahead.