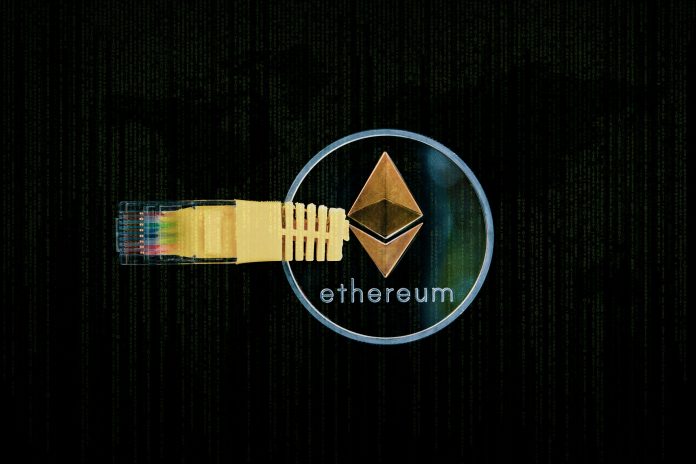 Ethereum is a distributed blockchain network, similar to Bitcoin, which can be shared between users. However, there are essential distinctions between the two. But how does Ethereum work exactly?

Bitcoin uses the blockchain and seeks to become an accessible distributed peer to peer cash infrastructure while Ethereum mostly focuses on the application’s programming code being run. In addition, the miners work to receive Ether in the Ethereum blockchain scheme, which is used to pay for the services on the Ethereum network by the various application developers.

Since Ethereum nodes are spread all over the network, internet regulatory agencies or governments cannot put down any data. Furthermore, with the coming of Ethereum 2.0, the network is expected to scale to over 100,000 transactions per second (tps) gradually in the next 2-3 years.

The new coin infrastructure was rolled out in 2013. The Ethereum idea was described by Vitalik Buterin, who was then working for Bitcoin as a programmer. The first white paper explaining it was published by Vitalik. Later in the same year, he suggested a prototype of a general programming language.

He released the formal requirements of the Ethereum in the yellow paper in April of the same year. The first fully functioning programming language was coded by Vitalik as well. This was later utilized as the Ethereum prototype.

Developers have the ability to deploy all sorts of Dapps on the network. The aggressive development of Ethereum, however, has prompted many blockchain analysts to assume that Bitcoin would eventually be overtaken by Ethereum in usage.

Ethereum can also be described as a public operating system and a decentralized network that offers smart contract features.

The principle of crowdfunding was popularised by Ethereum in 2014 and its ICO raised $18 million. After which on its networks, nearly more than 1500 decentralized applications have been deployed. Through the ICOs, most of the apps raised funds, contributing to major growth in Ethereum-based cryptocurrencies.

In line with this, most would argue that Ethereum is a pioneer of blockchain-based decentralized applications. But then the question remains, how does Ethereum work? How does it do what it does?

How Does Ethereum Work?

At the heart of the Ethereum network lies a peer to peer payment protocol. When you perform an Ethereum transaction from one wallet address to another, the details of your transaction are converted into raw data. The raw data consists of the gas price to be paid to miners, the gas limit, the address of the destination, and a list of all the transactions that you have made in the past.

The local node of your wallet offers an ID that you can use to monitor your transaction’s status on etherscan.io. A transaction is checked on the Ethereum network by miners. The majority of miners identify the transactions based on the gas prices associated with them. They target high gas-price transactions and then focus on other transactions.

The mining method is essentially a process of guesswork that attempts to distinguish a legitimate Ethereum transaction from a list of fake data. However, the procedure is performed by advanced machines, and within seconds or minutes, they can always locate the proper transactions.

All legitimate transactions will then be attached to a block. And their data will then be sent to the local nodes held by the destination address. By the time Ethereum 2.0 comes, all these functions will become a mere part of a more complex proof-of-stake network.

Ether is a cryptocurrency that fuels the entire network as a whole. It powers Dapps and gives the developers the opportunity to build them.

The Ethereum Foundation developed Ether to allow programmers to run the Ethereum protocol on their computers, so the machines that run code to power dapps have value due to the consumed electricity. These programmers are paid in Ether coins for adding energy and writing better programs, so the network stays stable.

A Deeper Dive into Ethereum

Before diving deeper into how Ethereum works, let us first understand two basic components that come under the workings of Ethereum.

The Ethereum system mainly comprises of three layers, first is the Ethereum Blockchain, the next layer is of the Smart Contracts, and the final layer consists of DApps.

Therefore, computers or the nodes on the first layer of the Ethereum blockchain are used to write smart contracts for the DApps. In turn, DApps interact with users.

Ethereum also consists of cryptographically-secured public records which are linked to each other. However, any changes to the system require the approval of all the users.

Anyone can create a smart contract on the ledger or simply use the platform in lending or borrowing. The transactions appear in between the two parties without any interference of any intermediaries, and hence, fulfilling the main component of the decentralized network.

For example, a user enters a smart contract with another user with the conditions of transferring 10 ETH on a specific date. On that date, 10 Ether automatically gets transferred and the smart contract is fulfilled.

Ethereum has many use cases, one of the most popular being Decentralized Finance (DeFi). Some people might wonder why DeFi is necessary when we already have Bitcoin as a decentralized payment tool.

While Bitcoin is a phenomenal payment system, there is a need to move a step further into the world of complex financial applications, which includes lending and borrowing. That is what DeFi can bring.

Similar to many, Ethereum too had some limitations, speed, and storage. It carried only fewer transactions per second where other crypto platforms executed in hundreds. However, the Ethereum community has been working relentlessly on it and soon would launch the upgraded version of Ethereum ‘Ethereum 2.0’ very soon in different phases.

Considering how the internet and banking sector works, Ethereum is on its way to delivering fundamental reform. As the number of decentralized applications has increased substantially in the last half-decade, sending Ethereum across the network has become sluggish at times. But thanks to the upcoming Ethereum 2.0, things are about to change for the better.

What is Ethereum Classic? ETC